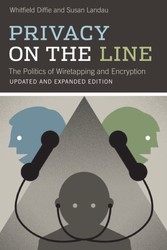 Privacy on the Line - The Politics of Wiretapping and Encryption

Privacy on the Line - The Politics of Wiretapping and Encryption

Telecommunication has never been perfectly secure. The Cold War culture of recording devices in telephone receivers and bugged embassy offices has been succeeded by a post-9/11 world of NSA wiretaps and demands for data retention. Although the 1990s battle for individual and commercial freedom to use cryptography was won, growth in the use of cryptography has been slow. Meanwhile, regulations requiring that the computer and communication industries build spying into their systems for government convenience have increased rapidly. The application of the 1994 Communications Assistance for Law Enforcement Act has expanded beyond the intent of Congress to apply to voice over Internet Protocol (VoIP) and other modern data services, attempts are being made to require ISPs to retain their data for years in case the government wants it, and data mining techniques developed for commercial marketing applications are being applied to widespread surveillance of the population.In Privacy on the Line, Whitfield Diffie and Susan Landau strip away the hype surrounding the policy debate over privacy to examine the national security, law enforcement, commercial, and civil liberties issues. They discuss the social function of privacy, how it underlies a democratic society, and what happens when it is lost. This updated and expanded edition revises their original -- and prescient -- discussions of both policy and technology in light of recent controversies over NSA spying and other government threats to communications privacy.